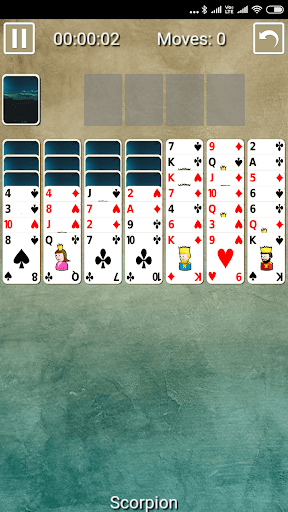 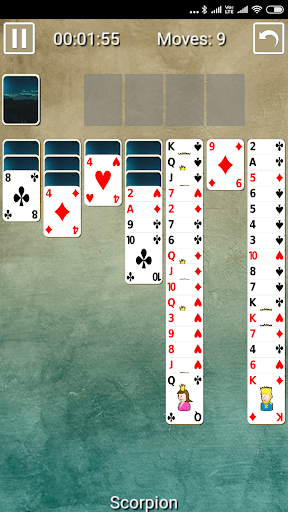 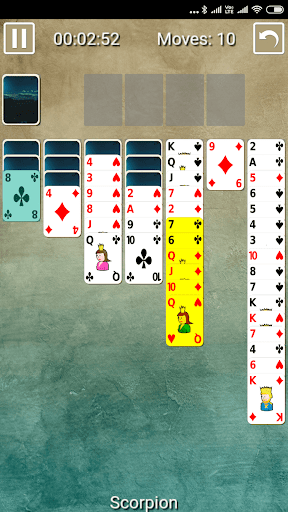 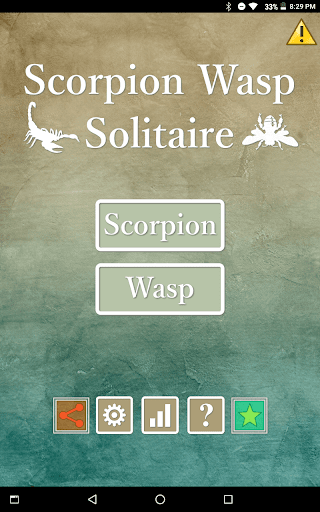 Scorpion is a single-deck solitaire card game from Spider family of solitaire games where suit sequence is built in the tableau itself and only complete sequences from King to Ace are moved to the foundation. the method of game play is akin to Yukon.

At the beginning all but three cards are dealt to the tableau which is built down by suit. A single card or, a group of cards can be moved between tableau piles if starting and target cards are in descending order and same suit. Rest of the cards in the group are not required to be in any order. Remaining 3 cards in the stock can be dealt anytime to first 3 tableau piles.

When player completes a sequence in the tableau (King to Ace), it is automatically moved to an empty foundation. Moving single card from the tableau to the foundation is not allowed.

Kangoorun: Fly to the Moon 0